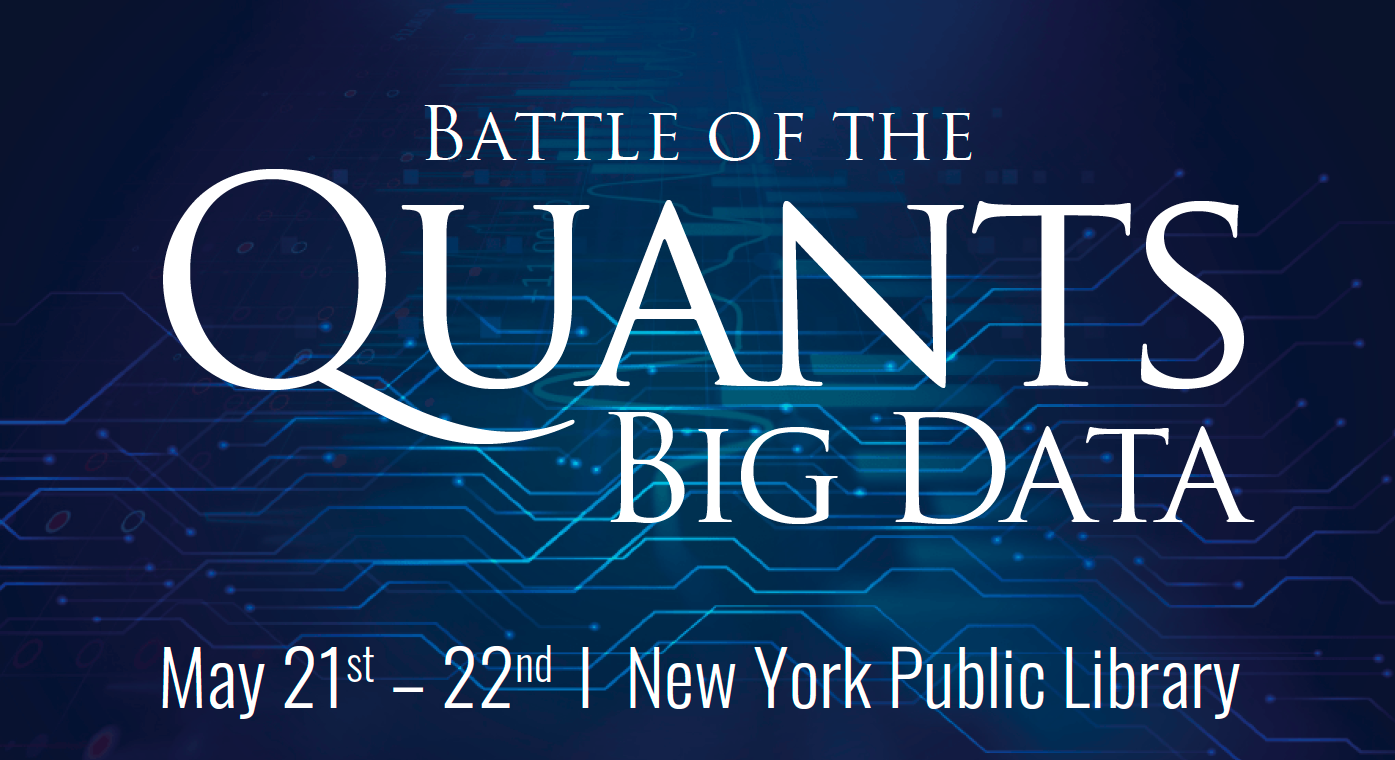 What Was The Event?

What Was It About?

The 14th Annual Battle of the Quants – BIG DATA was a two-day event combining the best in Quantitative Finance and Big Data.  The packed agenda included extensive networking, pre-scheduled one-on-one meetings, presentations and a Data Awards Gala.  Attendees included Quantitative Hedge Fund Managers, Data Scientists, BIG DATA Providers and Systematic Institutional Allocators.  Discussions and panels focused on the future direction of Artificial Intelligence, the evolution of hedge funds’ use of new data sets and how investors allocate capital in the AI/Big Data space.  We hope you can join us in “Leading the Discussion in Quantitative Finance and Connecting the Humans Behind the Machines.”

A sampling of who was in attendance:

The speaker list is here.  It was a full house at the New York Public Library.

Photos from the event are here.  These items stood out:

The award winners are listed here, along with the judges and speakers at the Gala.

How to Think, Whether Human or Machine

“How many data scientists does it take to derive a trade idea from a data set?” This sounds like the set-up for a screw-in-a-lightbulb joke, but for quants trying to achieve alpha, it’s no joke.

This was a key insight from the event. Several panelists felt that if you hire a bunch of recent graduates lacking market expertise as data scientists, and set them loose on a data set, they will likely come up with the same trade idea or signal.

As one of the panelists described today’s new hires into the quant culture, if you don’t know how to do something, most of the time you’ll just “Google it.”  But you can’t Google how to think. You need to be able to think to create an edge that leads to alpha.

Maybe you can’t Google how to think, but you can teach artificial intelligence extraordinary ways to learn. One panelist related a story about turning AI to the task of mining social chatter online for investment ideas, specifically looking at message boards full of traders talking about trade ideas in different languages. In some countries, calling a stock “bad” can be censored by the government. So traders were substituting colorful descriptions of food items for stock descriptions. The firm taught its natural language processing engine that certain foods on the message boards carried a negative sentiment about a stock. In short, to mine the chatter for investment ideas, the AI learned foreign slang.

Panelists also referenced the documentary film “AlphaGo,” which consistently happens at conferences focused on AI.  The movie teaches evergreen lessons about humans vs. machines, as it tells the story of how AI defeated Lee Sedol, a Korean grandmaster in the game of Go.

To win a game of chess, a computer can brute-force calculate all possible moves at any point in the game.  Go is infinitely more complex, so this approach is unscalable.  The AI from DeepMind – a system now owned by Google, actually – learned to play Go without computing all the possible moves at each point in the game.  But, it also did so in a way no human player did, to beat its human opponent. As event participants noted, this example shows how AI is edging out humans in finding unique sources of alpha in quantitative investing.

Last year’s London event featured a discussion of an AI training technique called “adversarial machine learning,”  as used to train quant models. This year’s event featured a presentation showing how this same technique can be used to weaponize data, just as AI can play a strategic board game.  The point was that we need to understand the threat to learn how to combat it.  And that training AI to produce the outcomes we want isn’t trivial.

“Five data scientists walk onto a panel to discuss the problem with data science” sounds like the set-up to a walks-into-a-bar joke.  For quants chasing alpha, the punchline may be simply, “AI.”  The humans that learn to find the truly unique insights in big data sets, by harnessing the power of machines in the most creative ways, will be the winners in the current quant landscape. 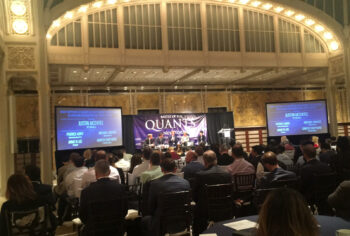